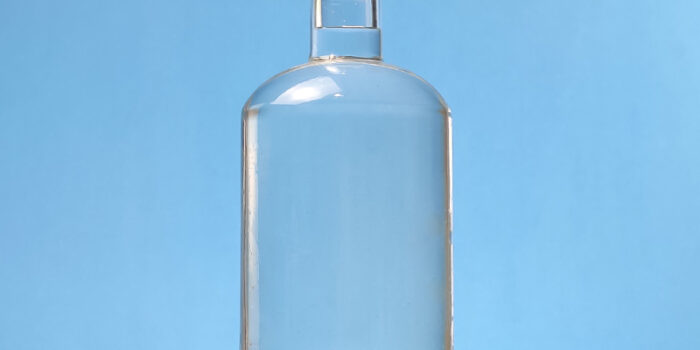 Gin was born in Holland and grew up in England. It is one of the most widely used cocktails and has the reputation of cocktail heart. There is a nobleman named William III in Holland. During the dispute over the succession of the British royal family, he intermarried with members of the British royal family, became a prince of England, and eventually became William III. At that time, there was no highly alcoholic wine in England, and beer was the only drink at most. William III began to introduce brandy from France and whisky from Scotland. However, due to the small amount of imported goods, the financial revenue is not much. William III then moved Dutch gin to England and encouraged people to drink it. Gin began to be drunk in large quantities, its quality gradually improved, and eventually grew into the number one wine in the world.
Brewing method.

Gin-gin is one of the famous wines in the world. Gin has a fragrant and attractive aroma, colorless and transparent, fresh and refreshing taste, can be drunk alone, can also be mixed cocktails, and is the only indispensable kind of cocktails. In the middle of the 17th century, Sylvis, a professor at La Alton University in the Netherlands, pioneered a traditional method of crushing, saccharification, fermentation, distillation and blending of barley, rye and grain as raw materials. Select high-quality alcohol treatment, add the treated water diluted to the required degree, and then add gin spices to prepare the method, called synthesis.
GIN was successfully made in 1660 by a professor named DoctorSylvius at UnversityofLeyden University in the Netherlands. The wine was originally made to help Dutch merchants, seafarers and immigrants operating in East India to prevent tropical malaria and was used as a diuretic and heat-clearing medicine. it was soon discovered that the diuretic had a harmonious aroma, harmonious taste, mellow and gentle, clean body, clean and cool natural style, and was soon drunk as a formal alcoholic beverage. The pleasant aroma of gin mainly comes from the diuretic juniper. There are many kinds of processing methods of juniper nuts, which are generally wrapped in gauze and hung at the outlet of the distiller. When steaming the wine, the flavor is strung in the wine, or the gin nuts are soaked in absolutely neutral alcohol, and then refluxed and re-steamed a week later to steam the flavor in the wine. Sometimes juniper nuts can be crushed into small pieces and added to the wine-making raw materials for saccharification, fermentation and distillation to get their flavor. Some countries and wineries cooperate with other spices to make gin, such as coriander seed, cardamom, licorice, orange peel and so on. Since then, gin, which is made from gin nuts dipped in alcohol, has been gradually accepted as a new drink. And the accurate formula, the manufacturer has always been very confidential. It is said that William III, who lived in exile in the Netherlands in 1689, returned to England to succeed to the throne, so gin was introduced into England, known as Gin gin in English, and was popular. [2].
Wine development.

There are many names of gin in the world. The Dutch call it Gellever, the British call it Hollamds or Genova, the Germans call it Wacholder, the French call it Genevieve, and the Belgians call it Jenevers. Gin has many names: Hong Kong and Guangdong are called felt wine; Taipei is called gin, which is also called gin because of its special gin flavor.
In China, gin was first produced in Beijing in the 1930s (1938), and its producer was French missionaries. In 1910, French missionaries founded the church winery-Beijing Shangyi winery, which is located one kilometer outside Fuchengmen in Beijing (now Beijing Municipal Party School). The production management and technology of Shangyi winery are under the control of French Jishan. The winery and church cover a total area of nearly 100 mu. The winery has dozens of mu of vineyards, workshops, underground wine storage rooms, 16 fermented wine storage cement ponds above ground and underground, and more than 500 oak barrels. The equipment at that time was crusher, press, distillation tower, champagne machine and so on. The church also covers an area of 700 acres in Qianshan and Houshan (now 309 Hospital) in Heishan Village, north of the Summer Palace, and introduces more than ten varieties of French grape varieties, such as Foledo, Sebel, French Orchid, etc. The wine brewed by Shangyi winery supplies wine for mass missionary use throughout the country, and at the same time, it is exported to all churches, concessions, restaurants, embassies, western restaurants, canned food firms, etc. The pine nuts used by the Shangyi winery are collected from the ancient graveyards in the Badazu area of Xishan, Beijing. Juniper nuts grow everywhere, with leaves with two moustaches, five moustaches and seven moustaches, bearing a lot of fruit over time, as well as in the Central Plains.
The method of making gin in Shangyi winery is to make natural spices by soaking and distilling juniper nuts, which is a way to take its fragrance and not its color. The juniper nuts were screened, crushed, soaked in treated alcohol, soaked at room temperature for four months, stirred regularly, and then distilled to get the required spices. Shangyi winery made a pot-type distillation pot with copper plate, direct-fire distillation, large evaporation area, simple reflux installed on the pot, and connected with a serpent cooling pipe to get spices after cooling. A cooling head is installed on the cooling pipe, which helps to increase the content of distillate components and highlight the flavor characteristics of juniper nuts in the liquid dragged by insoluble parts or non-volatile substances. During distillation, the head and tail of the wine are strictly controlled, and the mid-stream wine is selected by sections. finally, the head and tail of the wine are distilled for the second time, so that the quality of the spiced wine is pure, which makes the gin mellow, endless aftertaste and delicate harmony. Finally, it is mixed with the treated alcohol and stored for six months, bottled and sold. At that time, the wine was welcomed by the foreign wine industry, solved the problem of the import of gin, and soon became the main product of blending cocktails in Beijing Hotel and six Kingdoms Hotel.
Gin sales peaked in 1946, especially among Americans who came to China, and some of them were brought back to the United States, which was unexpected. At the same time, the gin spices produced by Shangyi winery are also welcomed by local wineries, such as Beijing Miao Ji winery, Beijing Zhangwei winery, Tianjin Lida winery and so on. Since then, gin has been used more and more widely.